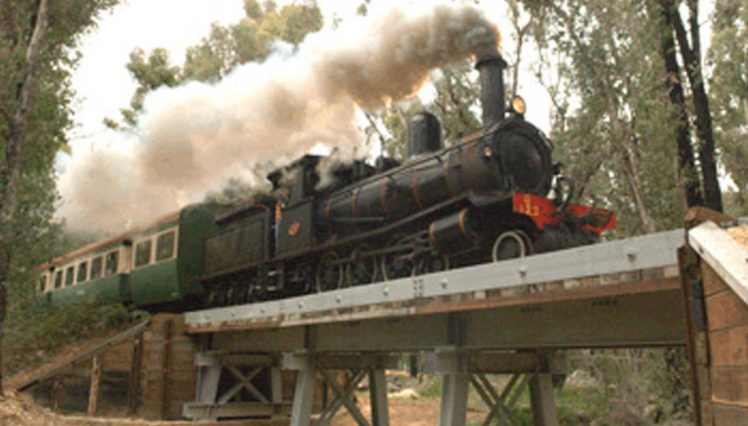 Due to a series of major bush fires in late 2006 and early 2007, all of the 6 wooden trestle bridges on the Hotham Valley Tourist Railway’s line from Alumina Junction to Etmilyn, were totally destroyed.

Watercon was contracted to assist with the design and then fabricate 6 new steel bridges.

This included consultation and detail design to ensure the new bridges complied with WA Government Railways Commission design standards, as well as those of the Office of Rail Safety.

Design reviews were carried by a certified civil engineer (ex WAGR civil engineer), who commented on the novel design, which are an all bolted construction based on WAGR designs for 20 BSU bridges.

The all bolted design allowed for efficient fabrication, as well as ease of erection. This allowed the sections to be easily transported to the sites, most of which have limited access, using an 8t truck and erected using a 10t articulated crane.

The last bridge was completed during December 2008